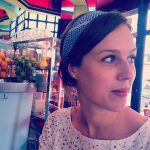 Fantastic
women composers
& where to find them

Although inspired by a fictional magic world, you don’t need wizardry to find fantastic music composed by women. It’s all right in front of us to be played and enjoyed. Let’s take a look into this treasure chest in which half of the master pieces of music history have been hidden.

Scholars, archivists and musicians have long since disproved the claim that there is very little music written by women in history. Given the evidence, this is no longer a valid claim. However, most of us have not been taught this this in our music education, which means that we have to seek that knowledge elsewhere. Luckily, it is easier than we think, and this website is meant to be a starting point for you. Welcome!

Magdalena Fronczak is a producer and oboe player with many years experience in equal programming. Positions at the Gothenburg Symphony and Musik i Syd, and has been advising institutions like Norrlandsoperans Symfoniorkester, Östgöta Blåsarsymfoniker, the Swedish public service television and many freelance ensembles.

This started out as an instagram project in 2014, where the life and works of one woman composer was presented each week. You can still have a look at those posts under the hastag #skapartisdag.